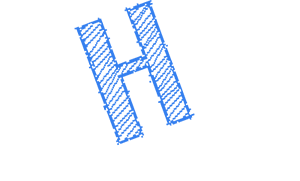 Wouldn’t it be fascinating to see — literally see — how women are affected daily by unseen forces inside them? The Invisible Month offers art as a way to understand how hormonal rhythms affect work, sexuality, and mood.

Are you between 18 and 40? Then there is a time of the month when you are more likely to:


The Invisible Month can help you identify your own hormonal fluctuations to optimize success and self-care. Know the signs and be able to forecast your mood, lust, and productivity. Plan dates for when you’re at your hottest, and schedule long workdays to coincide with your window of highest persistence.

“One day she is all smiles and gladness …but the next, she is dangerous to look at and approach.”
- Semonides (556 B.C.)

“Woman begins by resisting a man's advances and ends by blocking his retreat.”
- Oscar Wilde

For thousands of years, men have disparaged women as fickle. Are you going to be one of them, clueless and complaining? Or will you take a closer look at what’s under the radar? Be admired by men for your winning ways with women, and by women for your ability to anticipate their needs. 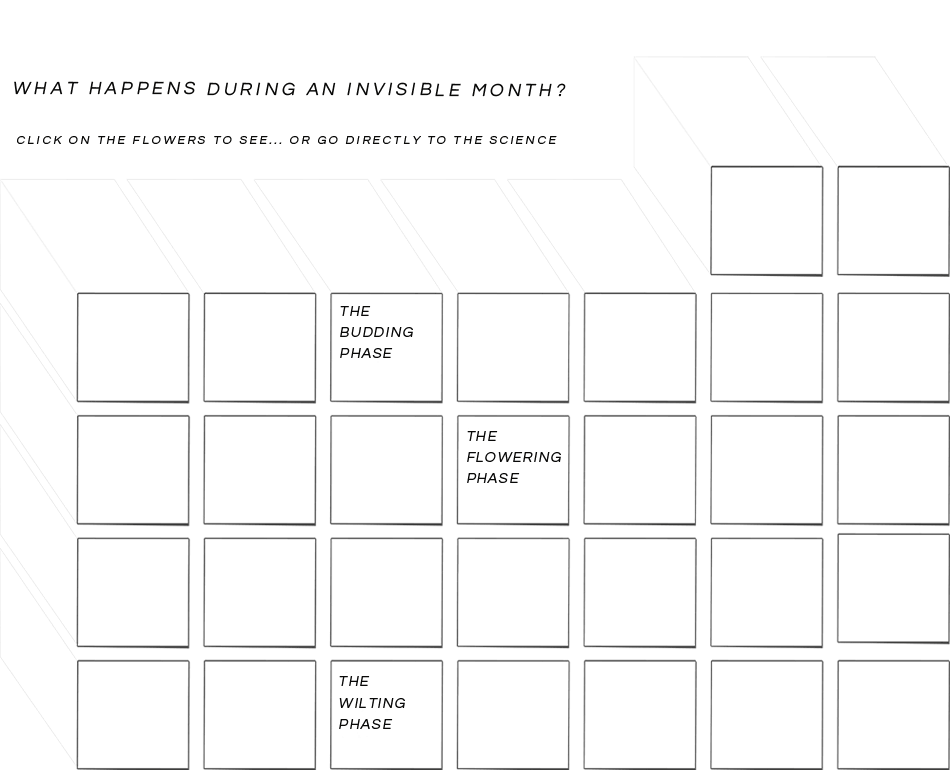 How Hormones Fluctuate
Over a Typical Month 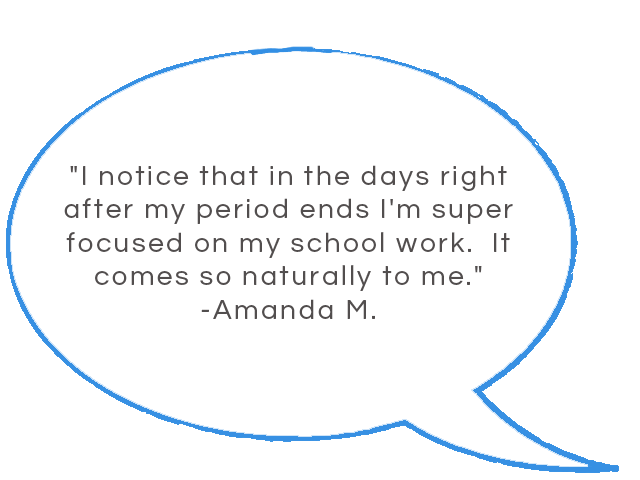 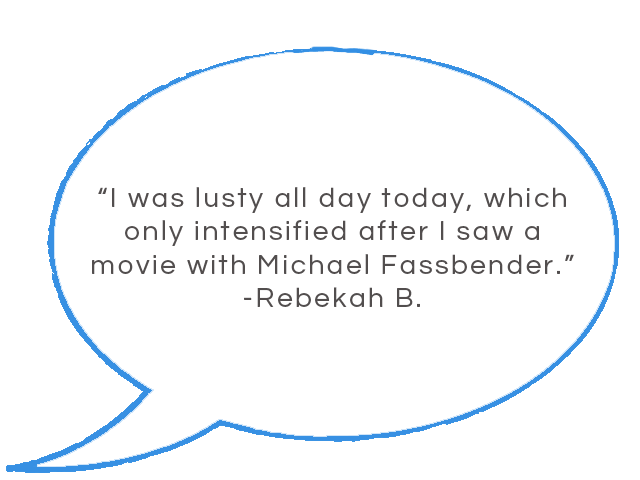 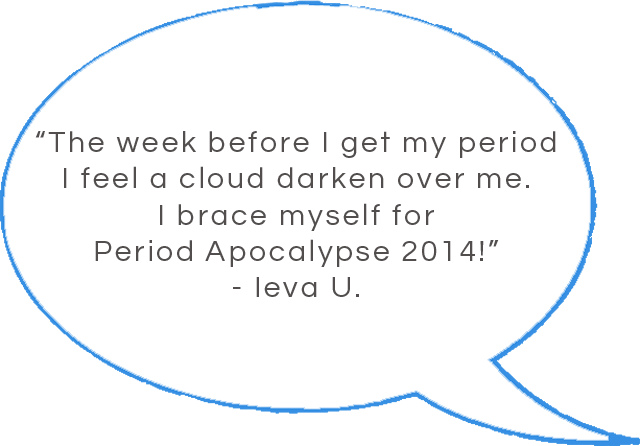 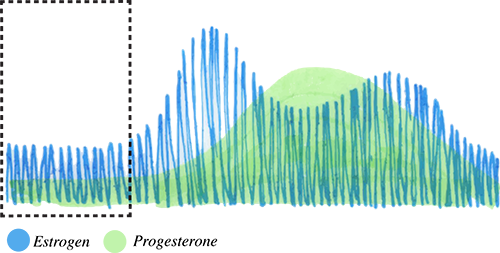 In the first day or two in a normal menstrual period, physical discomfort and uneven sleep are very common.

But these first few days usually give way to abundant energy, much more than in the second half of the cycle. Running economy and aerobic performance are significantly higher in first half of cycle.

Women are more empathic now. They recognize emotions in others, which means more social savvy, and more skilled mating behavior.

Better at Taking on Challenges

Women are even more capable of feeling a keener sense of reward.

Self-discipline is higher now, and perception of workload is lower. Focus and attention are much higher now than in last half of the month. Relatively speaking, this is the best time of the month for learning, planning, and pushing forward on a project.

Mood is elevated because progesterone is flat at this time of the cycle.

As the follicular phase gives way to ovulation, the ovary releases elevated levels of estradiol (estrogen) "[to thin] the cervical mucus to facilitate sperm transport should intercourse occur ... [and to alter] motivation to interact with potential mates." 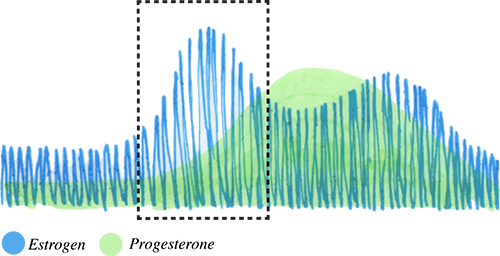 In naturally cycling women [women not on contraceptives suppressing ovulation] there was a significant increase of about 11% in quadriceps and handgrip strength at mid-cycle.

The knee (or one its major ligaments, the ACL) contains hormone receptors—including receptors for estrogen. Women are three times more likely to injure their ACL during ovulation than during other times of their cycle.

Before ovulation, women’s brains respond to reward more than at other times. They feel the pleasure of winning more keenly. After ovulation, rising progesterone crashes the party which can strip away that sharp sense of triumph. This could explain PMS, or even why women “are more vulnerable to addictive drugs” before ovulation.

Ask for her # THIS week

Women are more receptive to men now. During the ovulatory part of their cycle, women were more likely to give their phone number to random male strangers who approached them in a park.

Women report greater interest in going out to dance clubs and parties to meet men than on non-fertile days.

Women put more care and attention into self-ornamentation. They wear more jewelry, make-up, and show more skin. People judge photos of the faces of ovulating women to be sexier (compared to photos of the same women two weeks earlier).

Women’s waists shrink by a half inch, enhancing the hourglass shape.

Facial skin is relatively unblemished, smooth, and hairless due to high estrogen concentrations.

Women’s voices take on a higher pitch, which is regarded as more attractive, more feminine, by both men and women.

Fertility Can Cause Cattiness

Women during fertile days put down the competition, ranking other women as less attractive during the very phase when their own reproductive stakes are high.

At ovulation women report heightened awareness of other women as competitors. They are more inclined to see other women as the competition, but only in their local environment--not with women thousands of miles away.

At ovulation a woman is more concerned with relative status, how she ranks compared to the other women in her group.

At ovulation women share fewer resources with women and more with men.

I Need It Now

The ovary oozes with estradiol (an estrogen) during the most fertile days of the cycle. Two reasons: 1) To thin the cervical fluid so sperm can move quickly. 2) To boost motivation to interact with men.

Women make more eye contact with male strangers.They look not to learn but to signal interest. Non-verbal solicitation is mainly done by the female and common signals include direct eye contact, outstaring, fixing the gaze on the target male then breathing synchronously.

Female primates stare at males and then flick their tongues. This pairing of signals is an invitation for the male to mount.

Women possess more confidence during ovulation; they perceive themselves as sexier.

“No Time to Eat”: Women devote more time and attention to mating concerns. They range farther from home and are less motivated to eat. They explore the environment more.

Visual attention is sharper during these few days.

Women are more likely to wear red or pink at peak fertility.

The Pill Makes Her Less Sexy

Surprising Effects of the BC Pill

The BCPill works by keeping progesterone and estrogen dosed in such a steady way that ovulation is prevented. Sure enough, women on the birth control pill don’t experience the same fluctuations—either the lusty behavior of midcycle or the devastating lows of PMS.

Strippers earn higher tips when they perform during their fertile days…unless they’re on the birth control pill, in which case they’re not getting the surge of estrogen. These women’s tips do not spike midmonth.

The peak of mid-cycle sexuality and trough in luteal phase is a pattern which is altered by the administration of contraceptive pills.

How A Woman Feels Midcycle could depend on her man’s T:

Women with Low-Testosterone men are more critical of their partners now—as if their standards are raised during the 2-3 days around ovulation.

Women partnered with Low-Testosterone men are more likely to cheat now than at other times in cycle.

Women look less for partnership and more for good genes. They are more likely than usual to sleep with someone they don’t care about.

If he has a symmetrical face, then:

The shift in taste for men is an unconscious one brought about by hormonal changes. Women’s saliva levels of estradiol (the estrogen that’s highest at ovulation) predicts changes in desire for men with facial features shaped by testosterone. 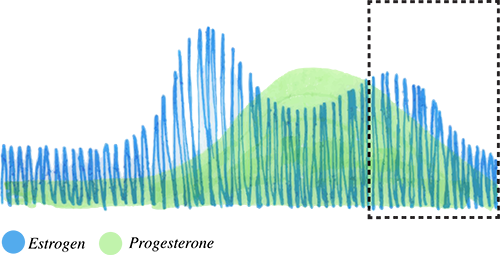 When progesterone is high, women report higher commitment to their relationships and a preference for more feminized male faces, which is thought to represent a desire for long-term social support.

Reduced sleep quality in the late luteal phase. Fatigue and daytime sleepiness creep up on women.

In a study of 1086 women, 92% report at least one symptom of PMS and 70% report several symptoms. The most common are irritability, sadness, anxiety, and swelling.

Women were much quicker to identify snakes in their environment during the days right before their period.

Filet Mignon? No Thanks!

In last two weeks of a natural cycle, whether it is perception or reality, a woman has keener sensitivity to food spoilage, like smelling rotten food. She is also less likely to eat meat, which makes sense given that meat is a main source of disease. After all, she may be pregnant.

and Sharper Sense of Smell …as women move toward their periods.

Women approaching menstruation are more likely to perceive themselves as having impressed others poorly in a social setting.

“Estrogen is in retreat, testosterone is in its ascendancy (which is like the moon being permanently in Scorpio, for all you astrology fans), and you are therefore a short-tempered, bloated, forgetful, anxious, intermittently despondent cow.”

-Judith Newman, author of You Make Me Feel Like an Unnatural Woman

Women have less metabolic reserve for control and restraint.

Taking shortcuts, acting in self-defeating ways, abuse of alcohol or drugs, or overeating, all show up now. Why? Because our ovaries are using all the energy that we usually spend on self-control. Since they don’t prepare for that, women binge eat and binge act.

Work performance decreases because of the reliance upon self-discipline.

In a study of the women in a Paris prison over the course of a year, 84% of them had committed their violent crime in the late luteal phase.

In a study of women in a NYC prison, 62% committed their crime during the week before menstruation.

In a study of women in an English prison, 63% of the women reported suffering from PMS or menstrual symptoms when they committed the crime. The rate was 70% among repeat offenders.

There’s a clear statistical association between PMS and changes in behavior, including criminal behavior ... More women commit suicide or commit crimes during the final week of their cycle. In another study, 49% of newly convicted women committed their crime within 4 days of getting their period.

Not even elevated testosterone can predict female aggression as much as plunging estradiol during the last week before menstruation. 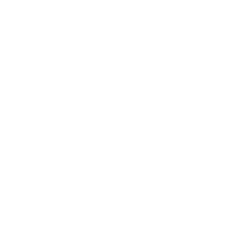 That would be me, Jayne Riew.

The Invisible Month is a public service art project created so that women – and men – might better understand the life of unseen hormonal phenomena.

Jayne Riew lives and works in NYC. Her full artist site can be found here.

For any comments or inquiries, please email Jriew@yahoo.com 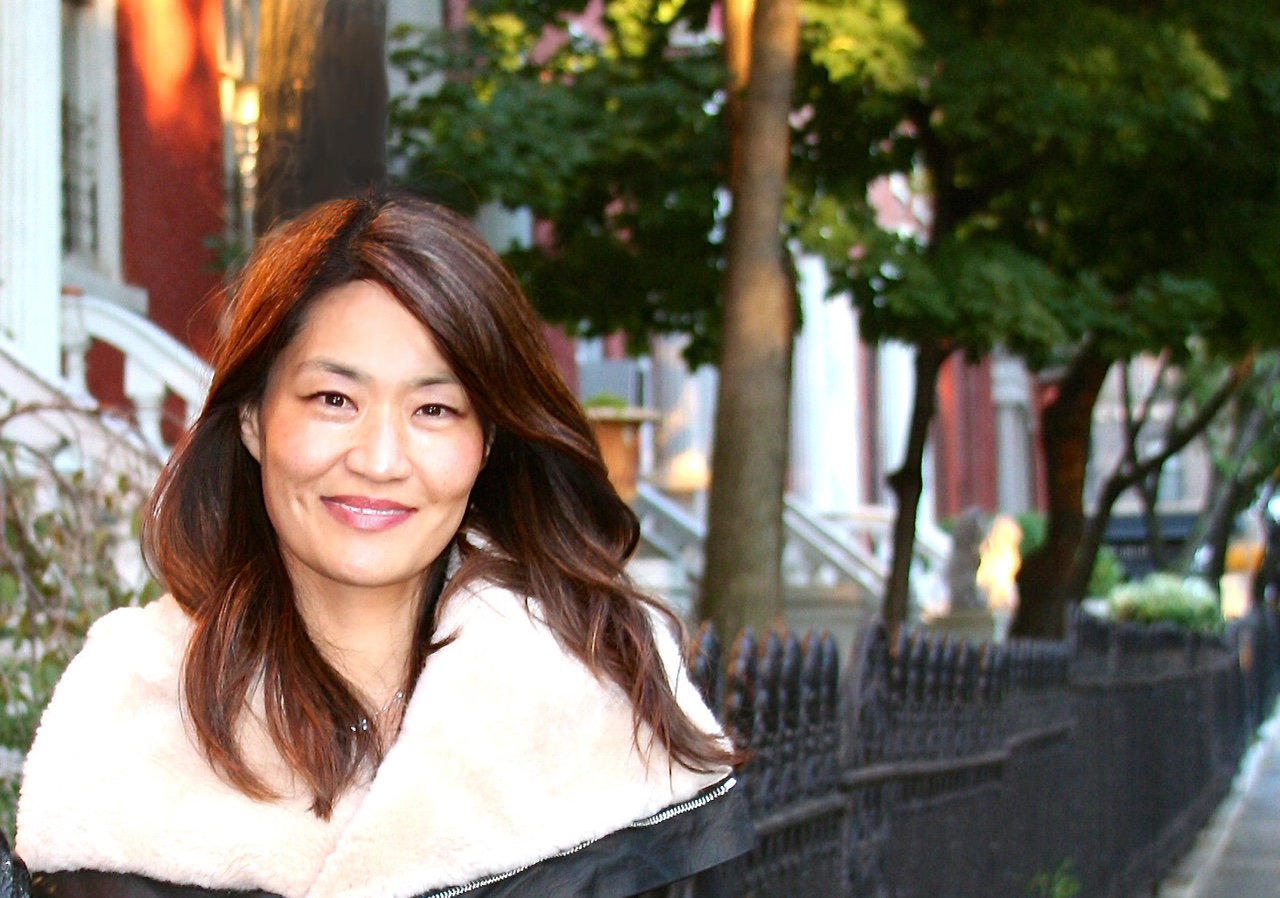